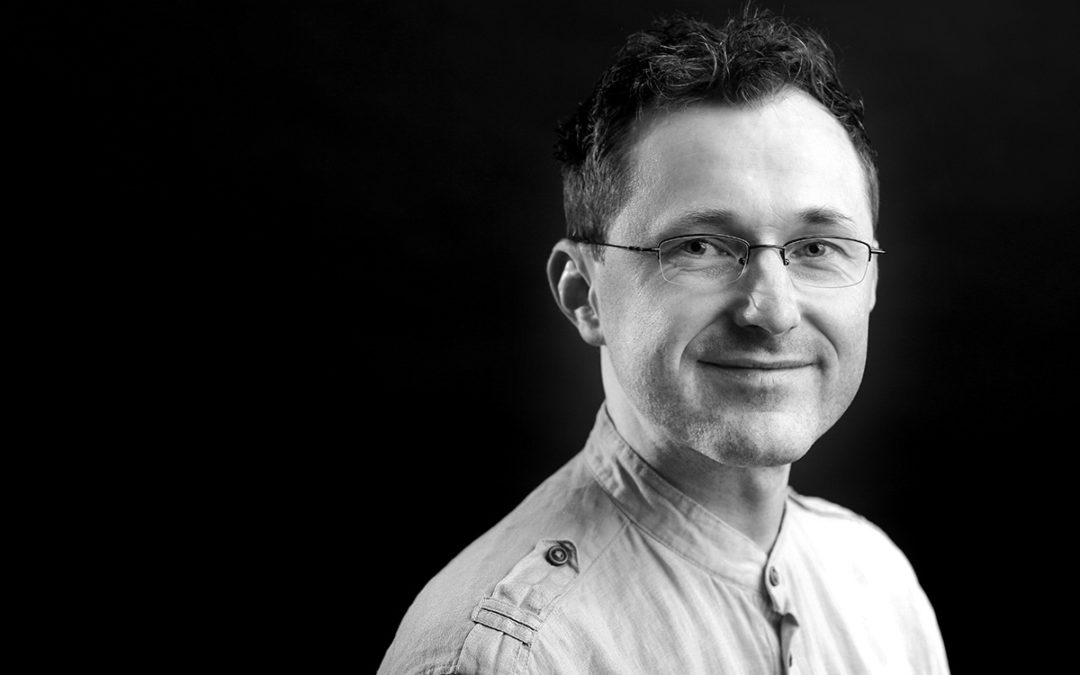 This coming weekend arrives to Copenhagen Paweł Bębenek, musician and composer from Kraków (Poland). He prepares the music workshop for the community of families which participate mass at 10 am on every Sunday in Sankt Augustins Kirke. But all are invited! We start our workshop with the mass at 6 pm in Sankt Augustins Kirke. We continue on Saturday from 10 am to 5 pm (with lunch, some Bible reflections and coffee breaks). We finish with the mass on Sunday, at 10 am. The workshop is going to be led in Polish and English, remembering that the most important language we use on the workshop is music! We will learn songs in Latin, English and Polish. A registration is not needed, just join us on Friday evening!

Paweł Bębenek (01/09/1972) – conductor, composer, singer, member of the Polish Association of Church Musicians, graduate of Postgraduate Studies in Choir Conducting and Voice Production at the Academy of Music in Bydgoszcz.
Since 2002 he has led the choir and orchestra of the youth ministry at the Church of the Dominican Friars in Cracow, the choir of the youth ministry in the Church of Discalced Carmelites in Cracow and the Youth Meeting Choir of the youth ministry at the Church of Friars Minor Capuchin. He conducts regular choral workshops on music and liturgy in Poland, Ukraine, Lithuania, Belarus, Russia, Germany, the United Kingdom and the United States, often in collaboration with Hubert Kowalski, Piotr Pałka and recently with his wife, Laura Bębenek. Furthermore, he worked with the Choir of John Paul II Centre on the performance of Matins for the Unborn (2011) and with the Płock Symphonic Orchestra on a concert in commemoration of the revelations of Jesus to St Faustina (2013). He also co-chaired choir workshops with Jacek Sykulski, prof. dr hab. Jadwiga Gałęska-Tritt, dr hab. Beata Borowska, Ewa Sykulska, dr Szymon Bywalec, Joanna Piech-Sławecka and prof. dr hab. Elżbieta Wtorkowska.
He has been composing liturgical, vocal instrumental, a cappella and stage music since 1995. His compositions are included in the song books: Msza o Miłosierdziu (Holy Mass on Mercy), Niepojęta Trójco (O Mysterious Trinity), vols. 1 and 2, Chcę widzieć Boga (I want to see God), Canticum Novum and the 41st edition of Fr. Jan Siedlecki’s Śpiewnik Kościelny (The Church Songbook). His songs appeared on the albums: Pacież Polski (A Polish Prayer), Msza o Miłosierdziu (Mass on Mercy), Z Miłością i ufnością (With Love and Trust), Desiderii Carmina, Gdy się rodzi Zbawca Świata (When the World’s Saviour is Born), Jutrznia za nienarodzonych (Matins for the Unborn), Maranatha, Alle psallite. Furthermore, he has composed music for the musical Zazdrosna Miłość (Envious Love) staged in 2003 at the Old Theater and Słowacki Theater in Cracow and wrote music to the performance Żywot świętej Kingi (Life of St Kinga of Poland), premiered in 2004.
His compositions are sung by church and lay choirs around the world and performed by famous artists, including the musicians of the Lower Silesia Philharmonic, Schola Cantorum Gedanensis, Moscow Cathedral Choir, Chorus of the Priesthood of the St Petersburg Metropolis, Linnamuusikud (Estonia), Tomasz Stańko, Piotr Baron, Andrzej Lampert, Justyna Steczkowska and Adam Krystian Krzeszowiak.